The car is a much more complicated issue and it demands a much more sophisticated level of repair, service, and performance modification than most vehicles. Brenton Brown (the Exotic Car Doc) and his team of factory-trained technicians at Forza Tuning and Performance possess the skills and technology needed for top-quality McLaren MP4-12C service, repair, and modification. Located in Clearwater, Florida, Forza serves the communities of Tampa, Tampa Bay, Clearwater, St. Petersburg, and Orlando, Florida. McLaren owners anywhere in the continental United States may utilize Forza exotic vehicle transport for the best service, repair, and modification in the nation.

Contact us for pricing on custom exhaust systems, cosmetic upgrades and tire/wheel packages.

Contact us for pricing on custom exhaust systems, cosmetic upgrades and tire/wheel packages.

Whether your McLaren MP4-12C needs factory scheduled maintenance, general repairs, or performance modification, Forza Tuning and Performance is your best choice. Forza factory-trained technicians deliver a level of service and repair that exceeds any dealership in the country. From an oil change to major component repair/replacement, Forza is better than anyone else. Forza owner, Brenton Brown, is an ASE Certified Level 1 Auto Technician with more than 20 years of experience in exotic automobiles like your McLaren MP4-12C. Known as the Exotic Car Doc, he can fix whatever ails your British beauty.

If speed is what you need – Brenton is also a nationally recognized performance guru. When it comes to turbo kits, twin-turbo kits, factory turbocharger enhancement, supercharger kits, or expert ECU calibration (tuning), Forza is leading the industry.

What’s in a name? Well, the name ‘MP4’ is derived from the title McLaren Project 4. It has represented all McLaren Formula 1 cars since 1981 when the Project 4 Organization of Ron Dennis’ creation merged with McLaren. The ‘12’ is the rating of the car on the internal McLaren Vehicle Performance Index and the ‘C’ simply refers to Carbon-Fiber. Hence the name McLaren MP4-12C.

The MP4-12C, a rear mid-engine, rear-wheel-drive car, is the first vehicle designed and built entirely by the McLaren Group. 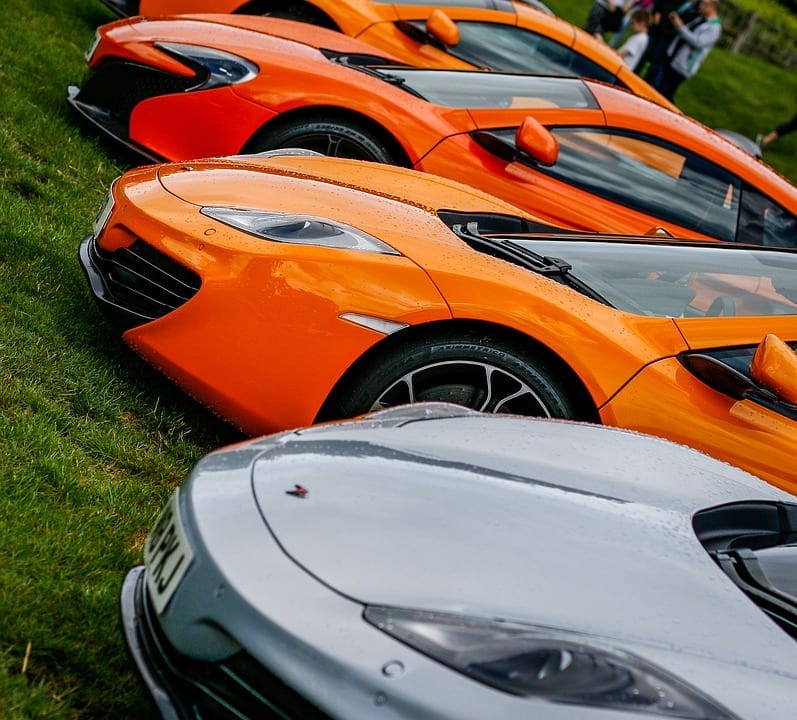 At the heart of the McLaren MP4-12C is a longitudinally-mounted 3.8-liter twin-turbocharged V8 engine. Despite its small size, the McLaren (M838T) engine is capable of churning out 592hp (7,500 RPM) and 443 lb.-ft. of torque (5,600 RPM). With minimal modifications, the McLaren MP4-12C can be retrofitted to produce 616hp with no increase in harmful exhaust emissions. The engine is mated to a 7-speed dual-clutch transmission.

Top speed for the McLaren MP4-12C is 215 mph (Spyder) and the typical 12C can accelerate from 0 to 60 mph in 2.8-seconds. A road car at heart, the McLaren MP4-12C uses Formula 1 technology such as inside wheel brake steer. This has proven to increase stability during fast cornering.

Forza Tuning & Performance reserves the right to amend prices and availability on the website due to errors or omissions without notice. Prices are correct at time of publication but may change without notice.